Report Examines Nuclear Energy Cooperation Between the U.S. and the Republic of Korea 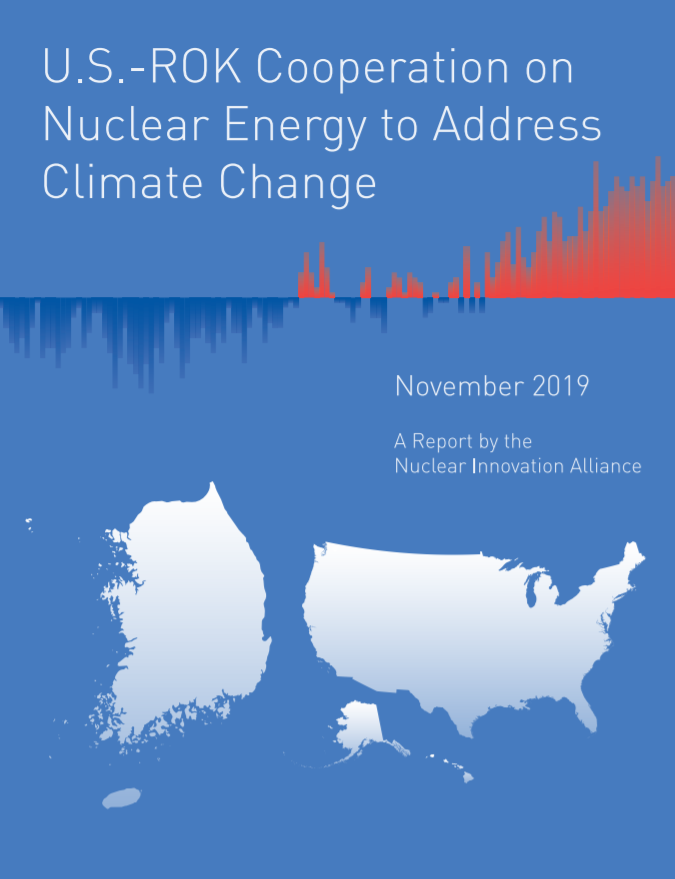 WASHINGTON – The Nuclear Innovation Alliance (NIA) today released a report U.S.-ROK Cooperation on Nuclear Energy to Address Climate Change. Global greenhouse gas emissions continue to rise, with a limited window to reduce them by mid-century. Both the United States and the Republic of Korea (ROK) remain dependent on traditional fossil fuel use for over 80% of their energy consumption. The two countries saw their carbon emissions rise in 2018, and neither country is on a trajectory to reduce emissions at a rate consistent with scientific assessments for what is necessary to avoid the worst impacts of climate change. In the United States, nuclear power represents over half of zero-carbon electricity generation, while in the ROK it is over 80%. This report focuses on nuclear power's role in reducing greenhouse gas emissions.

“The ROK and the United States are each examining policy options to reduce air pollution and carbon emissions,” said Lara Pierpoint, Board Chair of the NIA. “Both countries would face challenges in trying to do so using solely wind and solar power. Mainstream modelling of a global energy transition to deep decarbonization tends to show an enhanced role for nuclear energy.”

The NIA report reviews past analysis on challenges with decarbonizing the electricity sector in the United States. In particular, California’s decision to pursue a clean energy standard, rather than a 100% renewable energy policy, is discussed along with the challenges it would have faced if it had chosen the latter. The report presents a new analysis of the ROK electricity sector, which discusses the challenges the ROK would face in pursuing a renewables-only approach to decarbonization. The analysis also presents four additional technical pathways beyond energy efficiency and renewable energy measures that could potentially reduce ROK power sector emission by 77% in 2030 (see figure above).

“Increasing the utilization of existing nuclear power plants and extending their operating licenses are two actions the ROK could pursue in addition to its current policy that would further reduce coal generation,” said Matt Bowen, lead author of the report. “Both of these options would appear to reward the ROK with a net cost savings, while at the same time reducing carbon emissions by 40%. If the ROK went on to reinstate previously planned new reactor builds, and added some additional natural gas use, it could completely eliminate coal-fired generation at relatively modest cost.”

To download a copy of the report, please visit https://www.nuclearinnovationalliance.org/us-rok-cooperation-nuclear-energy-address-climate-change