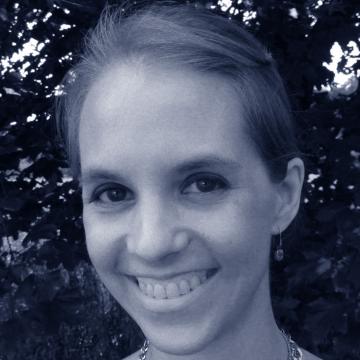 Lara Pierpoint joined Exelon in October 2016, focusing on energy technology innovation. She leads the Corporate Strategy technical team from her post in Danville, California, advising the company on energy technology trends, investing in early- and mid-stage energy storage technologies, and running Exelon’s partnership R&D program. Prior to joining Exelon, she directed the Office of Energy Supply Security in the U.S. DOE Office of Policy and Systems Analysis, where she was responsible for policy and analysis related to coal, gas, and nuclear power and energy cyber and physical security. Before her work at DOE she served as an AAAS Congressional Science and Engineering Fellow for the Senate Energy and Natural Resources Committee, focusing on nuclear power and waste issues, energy finance, and electricity storage. She received her PhD in 2011 from MIT in Engineering Systems, studying deployment of advanced technologies for nuclear waste recycling, and she holds dual masters degrees from MIT in nuclear engineering and technology policy. She is a native Californian, and completed her B.S. in physics at UCLA in 2004. 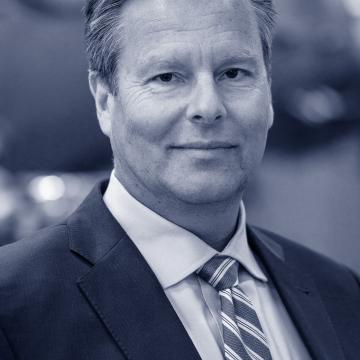 Chris Mowry is currently the Chief Executive Office and Director at General Fusion. He has 30 years of global experience in the energy and infrastructure sectors, including power, oil & gas, automation, and process industries. Through his leadership he has revitalized businesses in GE and Babcock & Wilcox Company (BWC), founded disruptive energy technology company Generation mPower, and has overseen the transformation of complex international organizations.

Chris was most recently Chief Executive Officer and Chairman of General Synfuels International, Inc. (GSI), a privately held company developing in situ oil shale gasification technology that produces hydrocarbons in an economically competitive and environmentally responsible manner from oil shales. Prior to GSI, Chris was the Founder and CEO of Generation mPower, a company formed in 2011 to design, license, and deliver Small Modular Reactors (SMRs), the next generation of nuclear energy technology.

Previously, Chris was President of B&W Nuclear Energy, a division of The Babcock & Wilcox Company. Before joining B&W, Chris was the President and Chief Operating Officer of WSI, a private equity-backed field services and manufacturing company serving the energy and petrochemical industries.

Chris spent 10 years with GE Energy in various management roles, growing the firm’s automation business by 34% in two years. He began his career with the Philadelphia Electric Company, and holds a Bachelor of Science (Engineer & Astronomy) from Swarthmore College, and a Master’s of Science in Mechanical Engineering from Drexel University. 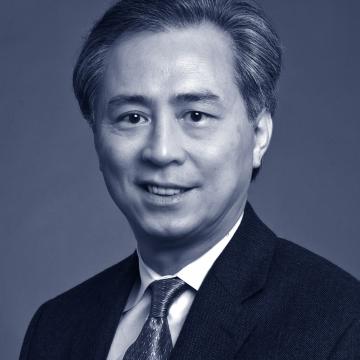 Ray A. Rothrock
NIA Board Member 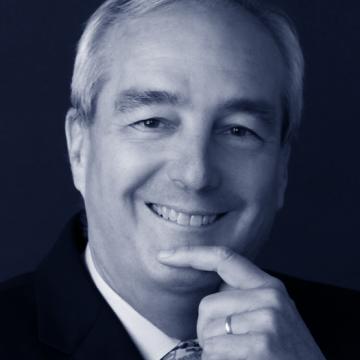 RedSeal CEO Ray Rothrock is a long-time thought leader in cyber security and a successful investor in the sector. Focusing early on Internet infrastructure and security, he has an extraordinary track record in cybersecurity investments. He often consults on trends, strategies and technologies in cybersecurity markets. Earlier this year, Mr. Rothrock participated in the White House CyberSecurity Summit held at Stanford University.

Mr. Rothrock joined RedSeal as CEO in February 2014. Prior to RedSeal he was a managing general partner at Venrock and one of RedSeal’s founding investors. At Venrock, he invested in 53 companies including more than a dozen in cybersecurity, including Check Point Software, Vontu, PGP, P-Cube, Imperva, Cloudflare, CTERA, and Shape Security.  He remains on the board of Check Point Software (NASDAQ: CHKP). Ray was the 2012-13 chairman of the National Venture Capital Association.
Mr. Rothrock's successful investments include seven IPOs -- Spyglass, DoubleClick, Digex, USInternetworking, FogDog Sports, Check Point Software and Imperva -- and many successful M&A events, including Pedestal, Haystack Labs, P-Cube, Whole Security, Vontu, PGP and Qpass. These investments give him a lifetime investment internal rate of return (IRR) of 94%.  Mr. Rothrock was selected #49 on the Forbes Midas List for 2012 for his venture track record and #63 in 2013.
He continues to invest on his own account and support a number of startup companies through board service.  Namely he serves on the boards of Team 8, Roku, Colabo, Transatomic Power, Tri Alpha Energy, GenBand and Premier Coiled Tubing and an advisor to many entrepreneurs.
An engineer at heart, Mr. Rothrock has a keen insight into products, markets and how people are impacted by technology. He began his career as a nuclear engineer with Yankee Atomic Electric, and Exxon Minerals’ nuclear operations. Before joining Venrock, he participated in three Silicon Valley venture capital-backed companies – two that failed and the very successful Sun Microsystems. These experiences introduced him to venture capital and the thrills and risk involved in startup enterprises. When he joined Venrock, he launched the firm’s Internet and energy practices. 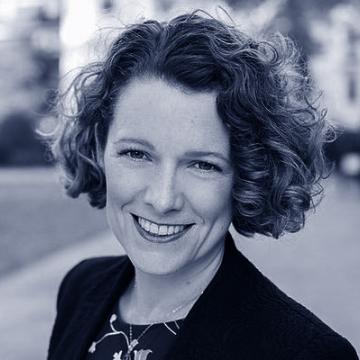 Kirsty Gogan, MSc. FRSA is founder and Global Director of Energy for Humanity (EFH) an environmental NGO focused on large scale deep decarbonisation and energy access. EFH led a delegation of the world's most highly regarded climate scientists to Paris COP21 in order to make the case for nuclear to be recognised as a vital part of the clean energy mix. EFH was subsequently shortlisted for the Business Green Leaders “Green NGO of the Year" Award in 2016 and received the US Nuclear Industry Council Trailblazer Award in 2019. At COP23, EFH published a new report on European Climate Leadership 2017 and presented a new study on Decarbonizing Cities with Advanced Nuclear. EFH jointly launched the Clean Energy Ministerial Flexible Nuclear Campaign in May 2019, supported by the Canadian, US, and UK governments and in partnership with US-based NGOs Energy Options Network and ClearPath Foundation. Kirsty is also the cofounding managing partner of LucidCatalyst, a consultancy specialising in climate and energy, and recently commissioned by the UK Energy Technologies Institute to produce the widely-cited Nuclear Cost Drivers Study.

Kirsty is regularly invited as an expert speaker on science communication, nuclear competitiveness and innovation to high profile events around the world. She has 20 years’ experience as a senior advisor to industry, non-profits and Government, including at 10 Downing St, the Office of the Deputy Prime Minister, and the Department of Energy and Climate Change, where she ran the national public consultation on nuclear new build, reviewed the national communications response to Fukushima and revised national guidance for civil nuclear emergency planning and response. Kirsty is also a member of the UK Government’s Nuclear Innovation Research and Advisory Board (NIRAB) and chairs the cost-reduction working group. 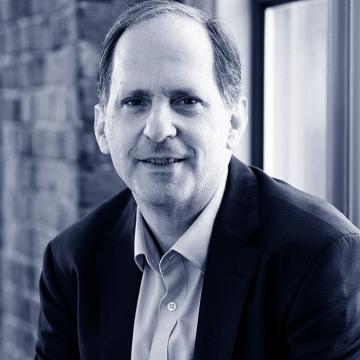 Armond Cohen is co-founder and Executive Director of the Clean Air Task Force, which he has led since its formation in 1996. In addition to leading CATF, Mr. Cohen is directly involved in CATF research and thought leadership on the need for a broad range low carbon technology options, as well as CATF's research and advocacy on advanced nuclear energy. Prior to his work with CATF, Mr. Cohen founded and led the Conservation Law Foundation's Energy Project starting in 1983, focusing on energy efficiency, utility resource planning, and electric industry structure.

Mr. Cohen has published numerous articles on climate, energy systems, and air pollution; he speaks and testifies frequently on these topics. He is Vice Chair of the Electric Power Research Institute's Advisory Council, a founding board member of the Center for Sustainable Shale Development, a founding steering committee member of the Nuclear Innovation Alliance, and a member of the World Economic Forum (Davos) Global Agenda Council on Decarbonizing Energy. Mr. Cohen is an honors graduate of Brown University and Harvard Law School. 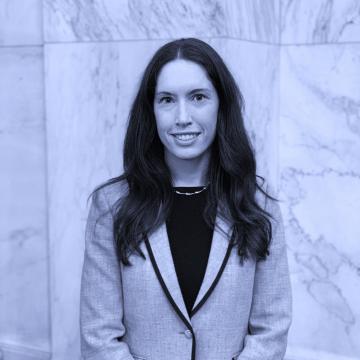 Dr. Finan earned her Ph.D. in Nuclear Science and Engineering at the Massachusetts Institute of Technology. Her doctoral work focused on energy innovation investment and policy optimization, both in nuclear and renewable energy technologies. She has played a key role in studies of the use of advanced nuclear energy to reduce greenhouse gas emissions in several applications, including hydrogen production, coal to liquids processes, and oil production methods. Dr. Finan has worked as a strategy and engineering consultant, primarily on nuclear energy applications. She also contributed to an analysis of the techno-economic potential of energy efficiency improvements in the residential and commercial sectors and several related topics. Dr. Finan holds an SB degree in Physics as well as SB and SM degrees in Nuclear Science and Engineering from MIT.